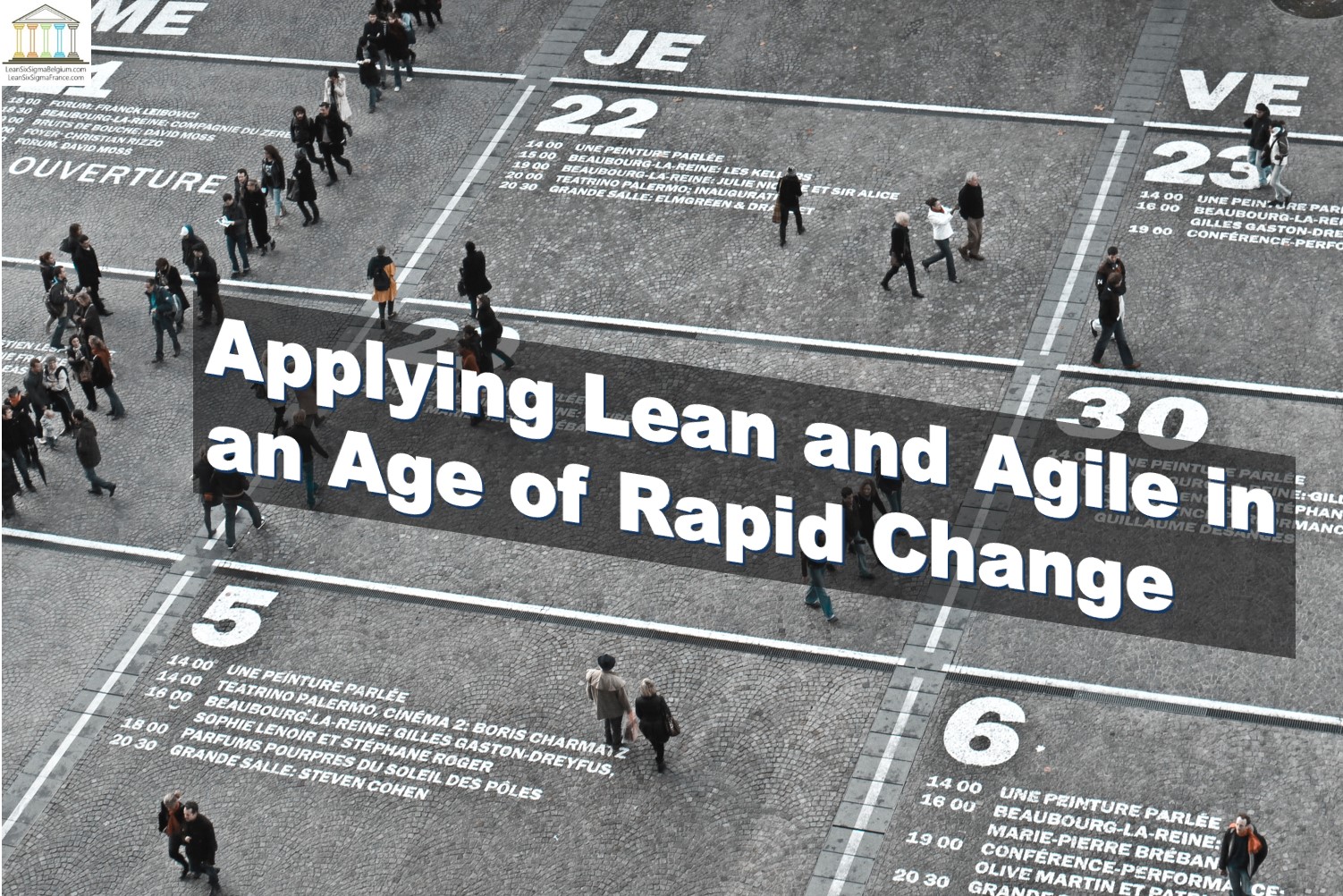 Applying Lean and Agile in an Age of Rapid Change 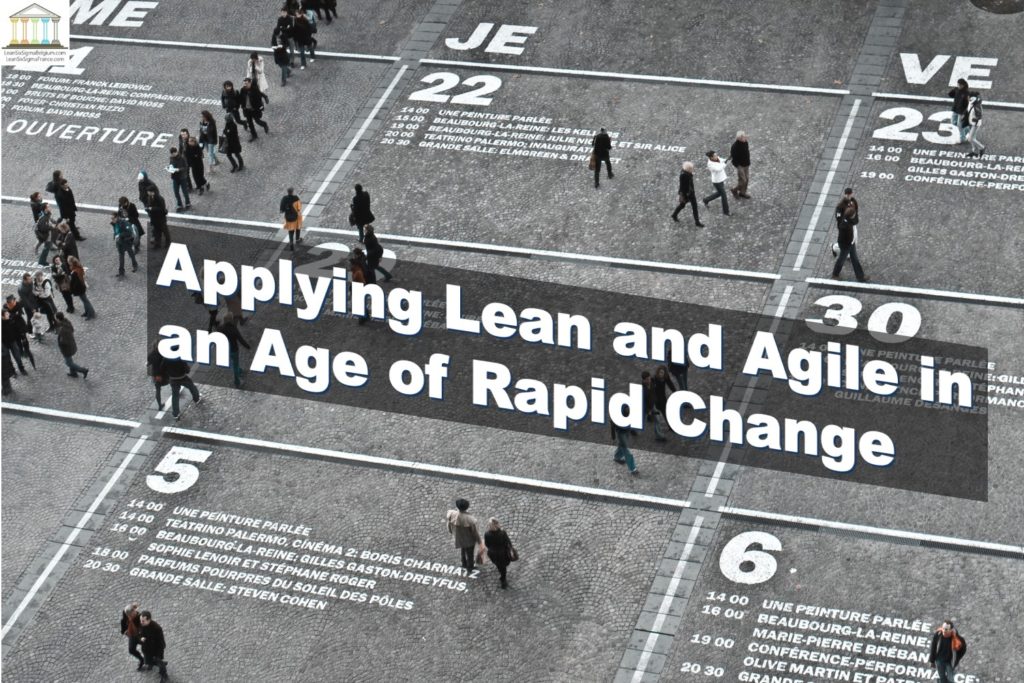 One of the most significant challenges faced by senior management in most organizations is keeping up with a pace that continues to accelerate. I have noticed this on numerous occasions in which I have visited organizations in both the public and private sectors, many of whom say they follow the fundamental principles of Lean management and the pursuit of excellence through Six Sigma, but who still hold tedious back-to-back meetings and who restrict employees, vendors and customers to dated communication policies like email.

The reason, they say, is, “we have always done it that way.” When asked about perhaps developing a more collaborative work environment that includes social media access, the reply is, “that’s not how we do things here.”

Agility is Not a Buzzword

The name of the game in business today is agility. This is not a buzzword; it’s an actual concept. It has distinct steps, and it forms the basis for any organization’s survival and prosperity in the current economy and the near future. As outlined in a recent edition of the MIT Sloan Management Review, organizational agility is composed of four routines. These are:

But these four routines are not enough. The organization must further commit to framing these processes within the context of permanent change, which in turn requires constant attention.

I recommend that companies start their plan for future survival by revisiting the concept called “Lean.” Lean, in manufacturing or management, is a process by which a company seeks to deliver its service by delivering value – or more value – to its customers while eliminating wasteful habits and other efficiencies. But this is often taken superficially, with the first order of business being “cut costs” or “fire people.”

The best route towards lean actually takes a surprisingly different direction, involving careful analysis, testing and rebuilding, as best exemplified by the Deming cycle of plan, do, check, act. As the authors of the MIT Sloan article write:

These systems should focus attention and resources on the economic logic of the company and channel resources to its most important activities. Many organizations fail to do these basics well or consistently. In addition, organizations often fail the “check” step by making invalid assumptions regarding performance or skipping over the “check” step entirely.

My favorite is the 80/20 rule. The 80/20 Rule, also known as the Pareto Principle, can be applied to many areas of life. In terms of building a management strategy designed for excellence, efficiency, and change, it highlights a seemingly contradictory notion that you can achieve more in 80 percent of your time than you can in 100 percent. That is, if that extra 20 percent is given over to activities such as project planning, continuous improvement, networking, brainstorming, and design thinking.

Those are all actions that appear to add more work to an already busy day, but in fact, they help to not only organize existing processes into a better sequence but also allow companies to look up, look around, and observe what else is happening in the world.

At that point, application of Six Sigma principles becomes easier. Six Sigma is based on statistical analysis of repeated actions, seeking a goal of excellence that can be measured to six decimal places as in 99.999999 percent.  When a company allows itself time to plan, do, check and act, it also provides for the opportunity to quantify excellence. Motorola might be able to use Six Sigma in assessing the defect rate in chipsets, but how does a service company define excellence in more subjective activities like customer service?  The same way. By identifying and applying metrics. But more importantly, by assigning the time to do this.

When taking on a task such as implementing lean and seeking excellence, one of the fixed assets is time. There are only a set number of hours available to a team in a week. In a typical organization, this is around 40 person-hours per week.

If one was to ignore the 80/20 rule and instead push further into the non-work week, for example asking employees to give 50, 60 or more hours per week to work, the Law of Diminishing Returns kicks in, and it soon becomes apparent that those extra hours do not yield a corresponding increase in productivity, efficiency, or profitability.

If instead, a team looked at their weekly/monthly calendar and subdivided the available person-hours according to the 80/20 rule, a small amount of the available work time would be given over to working on improving the business, establishing and tracking metrics, and reacting to the markets. By doing this, the remaining work time will be finetuned for optimum output.

It’s no longer just about doing more; it’s all about knowing more. My recommendation to anyone looking to bring their company forward into a new age of agile management is to invest part of that 20 percent into efficiently-run meetings in which hard questions are asked, brainstorming is strongly encouraged, and in which industry news from the world outside is actively shared. Change has always been a constant in human life, but it has never happened quite as fast as it is now.