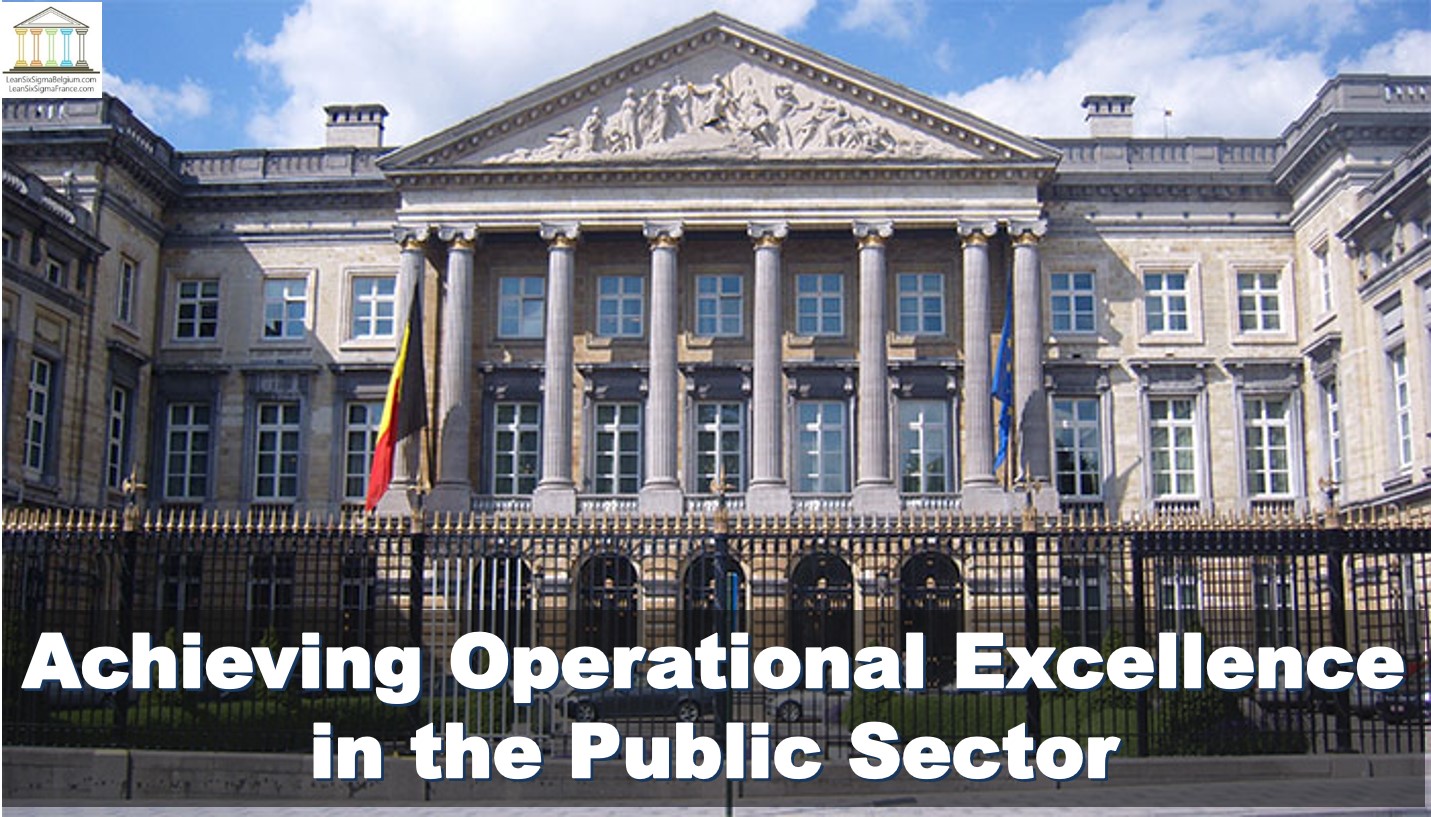 Achieving Operational Excellence in the Public Sector: Can You Apply Private Sector Thinking? 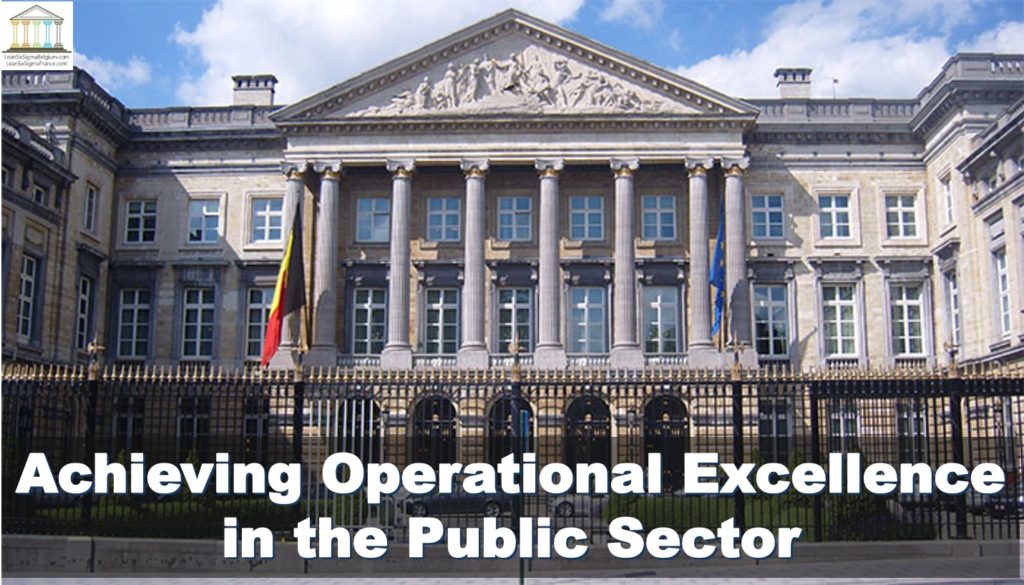 Can a country operate as a company? I don’t mean in a purely capitalist sense, focused solely on profits and market dominance, but instead, can it embrace principles of excellence and lean management even when it does not partake directly in free market economics?

Every country depends on an extensive administrative system to keep its economy and infrastructure in good order. Whether its government follows a parliamentary system under a constitutional monarchy – like Belgium, England, or Canada – or a Federal system like the USA (Belgium is a mix of the two), it depends on its civil service to oversee the diverse needs of its citizens, spend tax revenues wisely, establish and enforce regulations, and strive to operate its various departments as efficiently as possible.

As such, a country’s civil service is not intended to be a for-profit enterprise. But it is still supposed to be fiscally healthy, as in not losing money. The notion that a branch of government is immune from “going out of business” is only partially correct. A ministry or department may be mandated to perform a particular role, but its funding and relative power might still be dependent on its efficiency and leadership. As with the private sector, other forces might influence its existence, such as political relationships and priorities higher up, but generally, a well-functioning, fiscally healthy department stands a greater chance of thriving long-term.

It is essential to recognize that in both cases, public and private sector, the end customer is very similar. For a private company, the customer buys its products/services and has a more-or-less direct influence on its bottom line. For a public sector organization, there might not be any competition, but there is still the need for customer/citizen cooperation in everything from paying taxes on time to respecting the needs of the fire and police services as they do their jobs. Municipal branches of government might also be interested in attracting businesses and homeowners to their locals for various revenue and employment reasons, and attracting bright new talent to further their mission.

The public service, then, faces a different set of challenges when pursuing standards of excellence or lean management as compared to those that would be seen in the private sector. One of these is a lack of a goal line. Employees within a branch of the public sector often see little incentive for striving towards excellence, given that their projects seem to be bureaucratic, with little opportunity for personal or professional fulfillment.

A 2015 report on excellence in the European public sector, In Search of Local Public Management Excellence: Seven Journeys to Success, points out that “between 10 and 15 percent of Europe’s workforce is employed by the public sector, amounting to roughly 50-75 million persons…considering this vast role, it is fair to say that a well-functioning (local) public sector is the cornerstone of (local) prosperity and growth…and ‘the’ determinant factors in any scenario of growth and/or recovery.”

Studying administrative departments at varying levels of government in places as diverse as Birmingham, Bilbao, Milan, and Trondheim, the report proposed the following seven strategies for establishing and maintaining excellence:

I have found that within these seven principles, the truly high-performing public sector organizations are those that demonstrate a strong internal culture that includes clear values, ethics, and individualized respect. This is something I mentioned in my previous post (Blog 6 – Defining and Achieving Management Excellence). It’s an in-house version of customer service, intended to recognize and acknowledge the efforts and performance of individual employees and give them, at least in some cases, a much-needed sense of relevance.

The civil servants that I have spoken to often fall into one of three camps:

In all three situations, there is often a sense of stasis. Whereas in the private sector, a company’s fortunes may rise and fall on sales, marketplace events and innovations, within the highly-regulated and mostly static confines of the public sector, this seldom happens.

This is why the notion of excellence within the civil service must focus more on achieving tangible efficiencies within the constraints of a much bigger system, demonstrating and celebrating them regularly. A general improvement in communication education and the acknowledgment of a just and equitable work culture are required, supported by strong leadership.

Management excellence for the civil service contains the same elements and goals as the public sector. Instead of maximizing profits, the goal is to maximize the efficient use of public funds in a way that genuinely benefits the employees and the public simultaneously. Enhanced communication paired with clear metrics allow employees to see exactly how this is happening and help brush the rust off departments that have become out of touch.