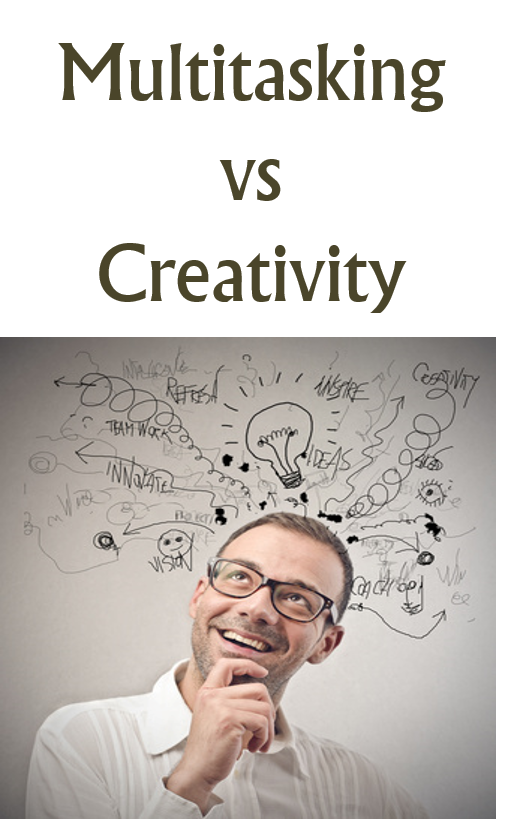 An experiment was conducted in the University of Sydney to test whether productivity, creativity and idea generation was affected by multi-tasking. I found this study, detailed on the Harvard Business Review Blog Network by professor David Burkus. In their study they used the ‘alternate uses’ test where subjects where given an object and they were asked to list all the ways they thought they could use the object within a certain amount of time.

The researchers said that sometimes, certain tasks can become too daunting when you completely focus on it. Some solutions might not present themselves when you’re fixated on only a few variables and your mind has locked itself within the parameters that you first encountered when you start working. Stepping away for a moment or absently doing some other task may stimulate patterns, connections and other ideas that you would not have been able to arrive at if you stayed too focused. For engineers, staring too long at a problem may make you too focused on only your previous, failed solutions and seeking to tweak those or improve on them instead of finding an alternative way to solve the problem.

Another implication of the exercise may be that creativity might flourish if approached piecemeal. Step away from a task and come back to it after a few moments. An even bigger advantage can be gained if you work on low-key or passive tasks while trying to generate ideas or be creative on one other task.

So reading your emails a bit while you’re in a creative process isn’t so bad after all (It’s bad when you are consistently interrupted when you need to stay focused ex: writing a report, working with numbers, reading…). Nor is it bad to have that quick chat or game on your smartphone. I think that the most important part of this new finding is that you’re supposed to come back to your main task. The low productivity trend may happen simply because people don’t come back to their task at hand and are sucked in by the aggregate exercises.

In the end, it’s up to you, and your working style, on how you’re going to implement this at your own office and with your staff. You could set up fun, easy tasks while you’re having a meeting or brainstorming session.

If you want to discover interesting information on productivity and creativity I invite you to visit www.creativecorporatecultre.com website. There are a lot of tips and tricks to improve creativity in the workplace. I use them frequently when we organise innovation and Kaizen event for continuous improvement.