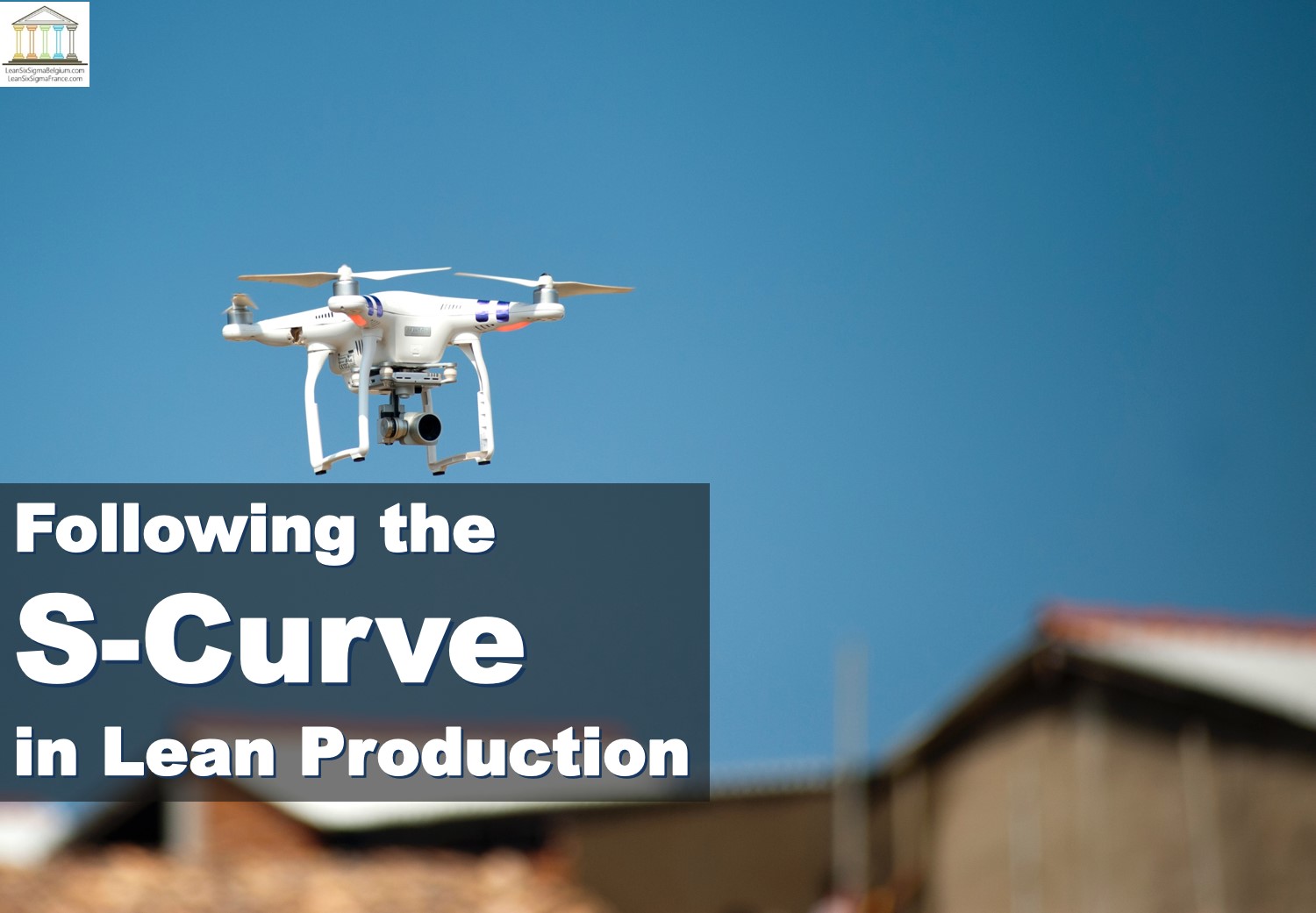 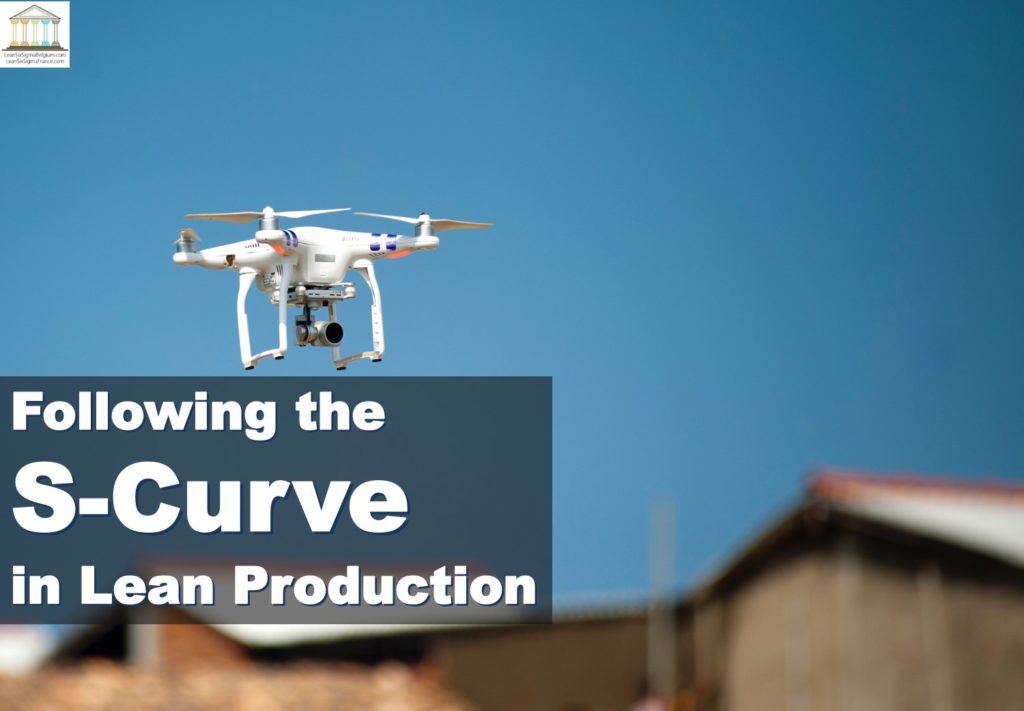 As a company grows and moves along its lifeline from start-up into adolescence and then early middle age, it will be inevitable that Management will seek to review all of its processes to take stock of what is working well and what is not. This is the time when concepts such as lean production start to appear both valuable and essential.

But the shift toward a lean production process seldom comes without some degree of resistance and friction. For a start, a significant number of employees will view any change to the current process as a quicker and more direct path to job redundancy than that which may happen naturally in the course of the company’s lifetime.

Secondly, once a company reaches middle age, a thick band of middle management tends to grow around its waist. This leads to a raft of new buzzwords and philosophies, accompanied by an army of consultants, that will ensure that employees face renewed regulations, training sessions, handbooks, and an overall sense of perpetual instability that can lead in a direction opposite than what Management wanted.

In my studies at Lean Six Sigma Belgium of workforces facing change, the principle of understanding human nature is vital to any lean production initiative. One can see the echoes of Bruce Tuckman’s famous Four Stages of Group Development: forming, storming, norming, and performing, published in 1965 and used ever since[1]. This four-stage process helps teach managers and workers alike that change always brings with it plenty of doubt and fear before smoothing out into normalcy, progress, and improvements.

The S-Curve of Lean Management in Four Stages

This is important for managers of large organizations, especially those with many factories, facilities, and products to be aware of since the implementation of lean methodology must follow a similar roller-coaster ride. Researchers Torbjørn Netland and Kasra Ferdows, writing in the MIT Sloan Management Review, point out that deployment of lean production leads to an “S-curve” that highlights four significant stages of acceptance. Their study of the Volvo Group, a manufacturer of trucks, buses and construction equipment (not cars), observed their in-house lean management tool, called the Volvo Production System (VPS) being deployed across its 67 factories worldwide.

The four stages are:

Together, the acceptance and achievement of these four stages, plotted on an X-Y chart, form an angled letter S. 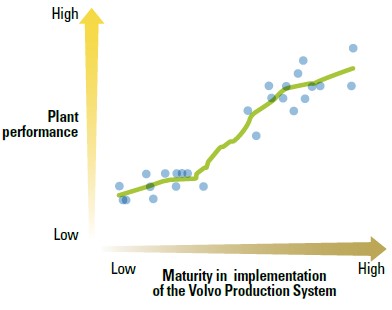 Traditionally people see lean production methods as balancing a perpetual atmosphere of improvement with a slash-and-burn mentality of getting rid of wasteful practices, and maybe the people who perform them. For lean to be truly accepted within any corporate community, people need to learn more about its limitations as well as its potential.

For example, lean will not work unless it is carefully planned, deployed and monitored. It is not a “Set it and forget it” type of approach. Furthermore, like a jet fighter taking off, the most impressive parts seem to be in the early stages, when progress is fast and obvious, as when, in takeoff, a fighter jet shifts from horizontal runway trajectory to achieving lift and soaring into the sky. However, when that fighter jet climbs to a vertical trajectory, there is literally no place further to go other than straight up, which may not be an entirely productive mission. Such is the challenge for organizations that sufficiently and successfully traverse through the four stages and find themselves at the far end. How much further is there to go? And is it really worth it?

Is This Really Worth It?

What makes the end stage truly worth it is that first of all, achieving excellence on the Stage 4 end of the scale raises the bar for others in the industry. This supports the concept of global continuous improvement. But while this bar is being raised, so the ground beneath it raises also. This is because, as I mentioned in a previous post ( Applying Lean and Excellence in an Age of Rapid Change), we are living and existing in an age a phenomenal change where even a five-year plan becomes a cumbersome and inaccurate tool. So as companies attain the level of excellence described in these latter stages of this lean model, so they become better able to stay above the fast-rising tide of change naturally occurring in the marketplace.

Every manager can take these four stages to heart. They can look at their company or department and visualize how to deploy a lean technique not just as a single, endless undertaking but as a project with four clear steps, with timelines and deliverables to match.

The best news of all, especially to cynics of management fads, is that such an undertaking is worth it since there can never be a “same old same old” to revert to. The context of the connected world has seen to that.

[2] Netland, Torbjørn and Ferdows, Kasra (2014) What to Expect from a Corporate Lean Program. MIT Sloan Mgt Review. Retrieved from http://sloanreview.mit.edu